How to Read Your Texas Car Accident Report

Insight you can trust from an experienced attorney

When you’re involved in a car accident in Texas, the investigating police officer fills out a formal report, called the Texas Peace Officer’s Crash Report (Form CR-3). The crash report will be a key piece of evidence in your case. When insurance companies determine fault for the accident, they use the information in the report. Moreover, if the investigating officer is later called to testify in a deposition or at trial – which may be years after the wreck – they will most likely read from their report as the basis for that testimony.

You need to know what your report says and how it can affect your case. That’s why we’ve prepared this guide to obtaining and reading your Texas accident report. If you have any questions or need help setting the record straight, contact John R. Solis, Attorney at Law. We would be happy to review your accident report and any other documents relevant to your case in a free consultation.

How to obtain your accident report in Texas

You can obtain your crash report via the Texas DOT Crash Report Online Purchase System. To find your report, you will need one of the following pieces of information:

If you’re represented by our firm, we will be happy to handle the request for the accident report and any other documents needed to support your case on your behalf. 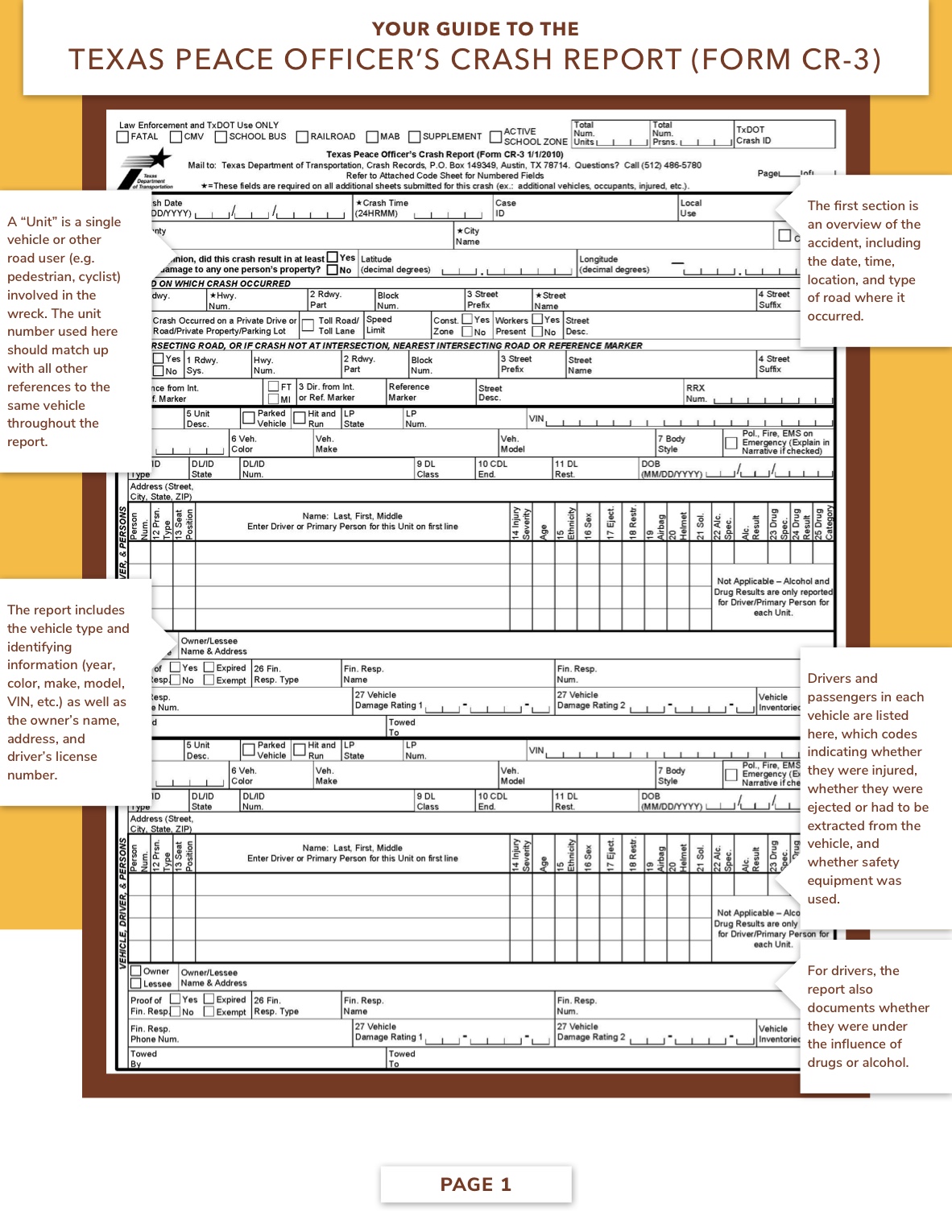 The first page is a general overview of the accident, including when and where it happened, as well as the first two vehicles or other traffic units (such as pedestrians or cyclists) involved in the accident. This page documents who was involved and any injuries known to the investigating officer at the time the report was written but note that this is not the final say. Pay close attention to the codes indicating whether seatbelts or helmets were used and whether the airbag deployed, as well as the codes indicating intoxication on the part of a driver – all of which can affect liability. 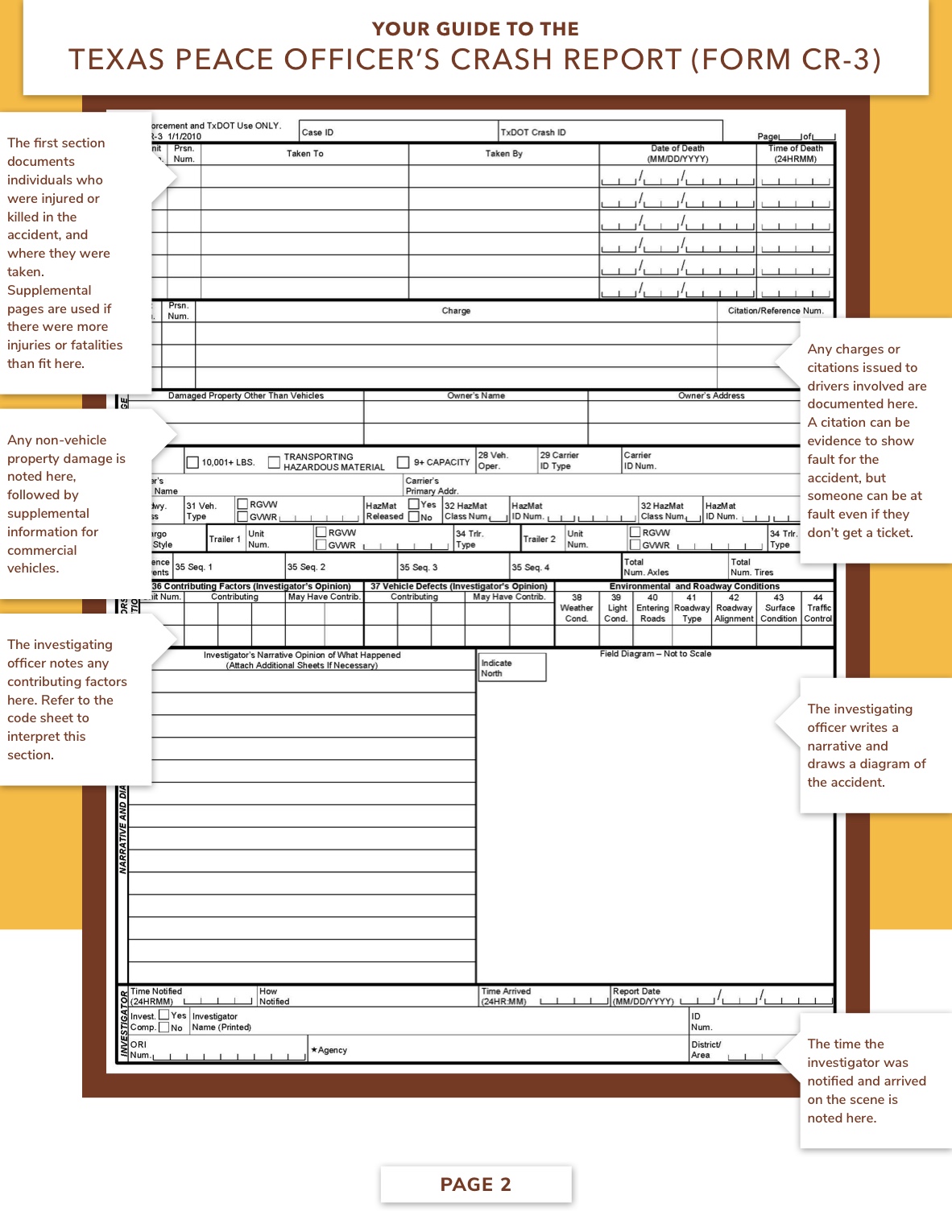 This page documents injuries, citations, and property damage as they were known to the investigating officer at the time the report was written. Again, this is not the final word – some injuries take time to become apparent, and some property damage is hidden, as well.

Pay close attention to the contributing factors identified by the investigating officer, all of which can affect liability for the accident, as well as the narrative section. Officers often use the narrative as a “catch-all” for details that don’t fit anywhere else in the report. 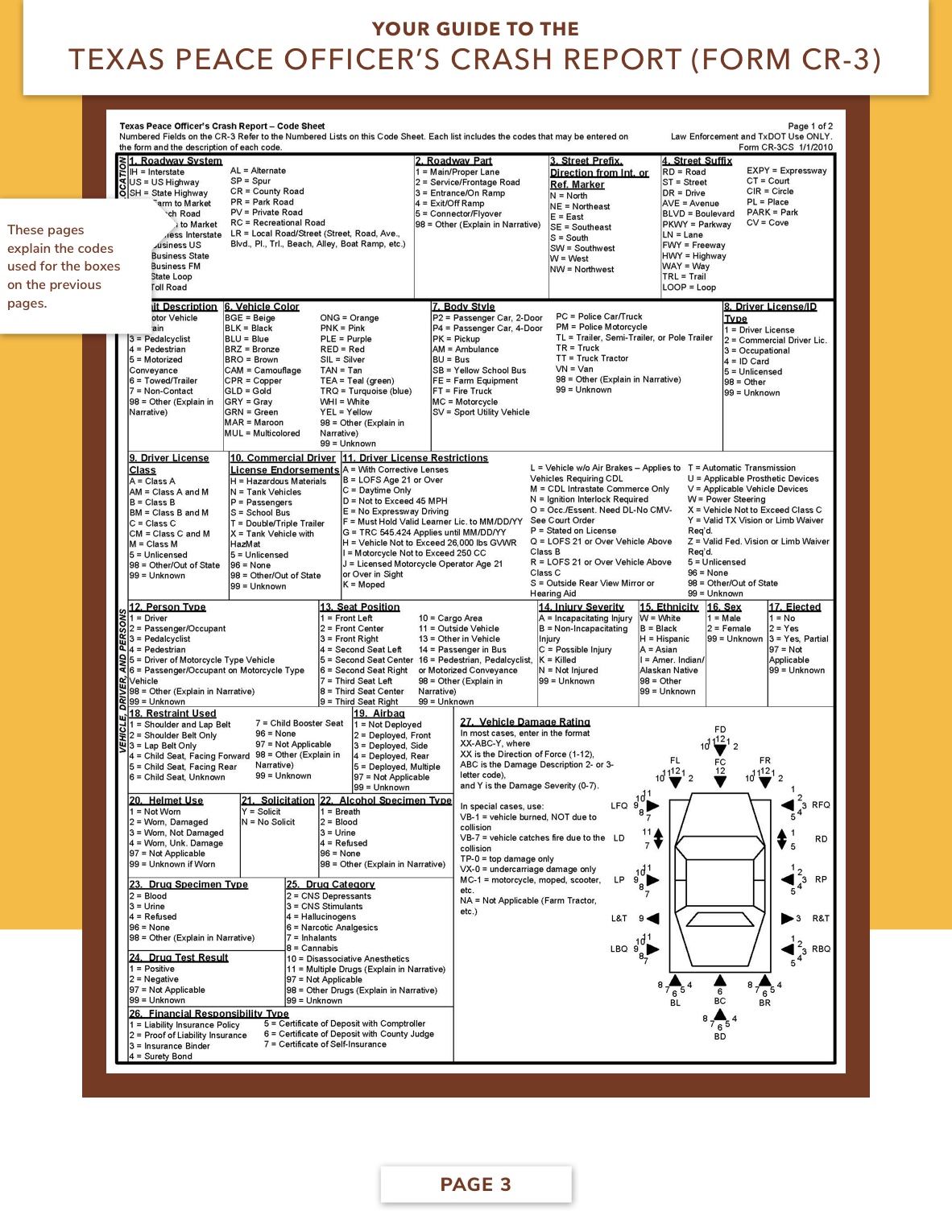 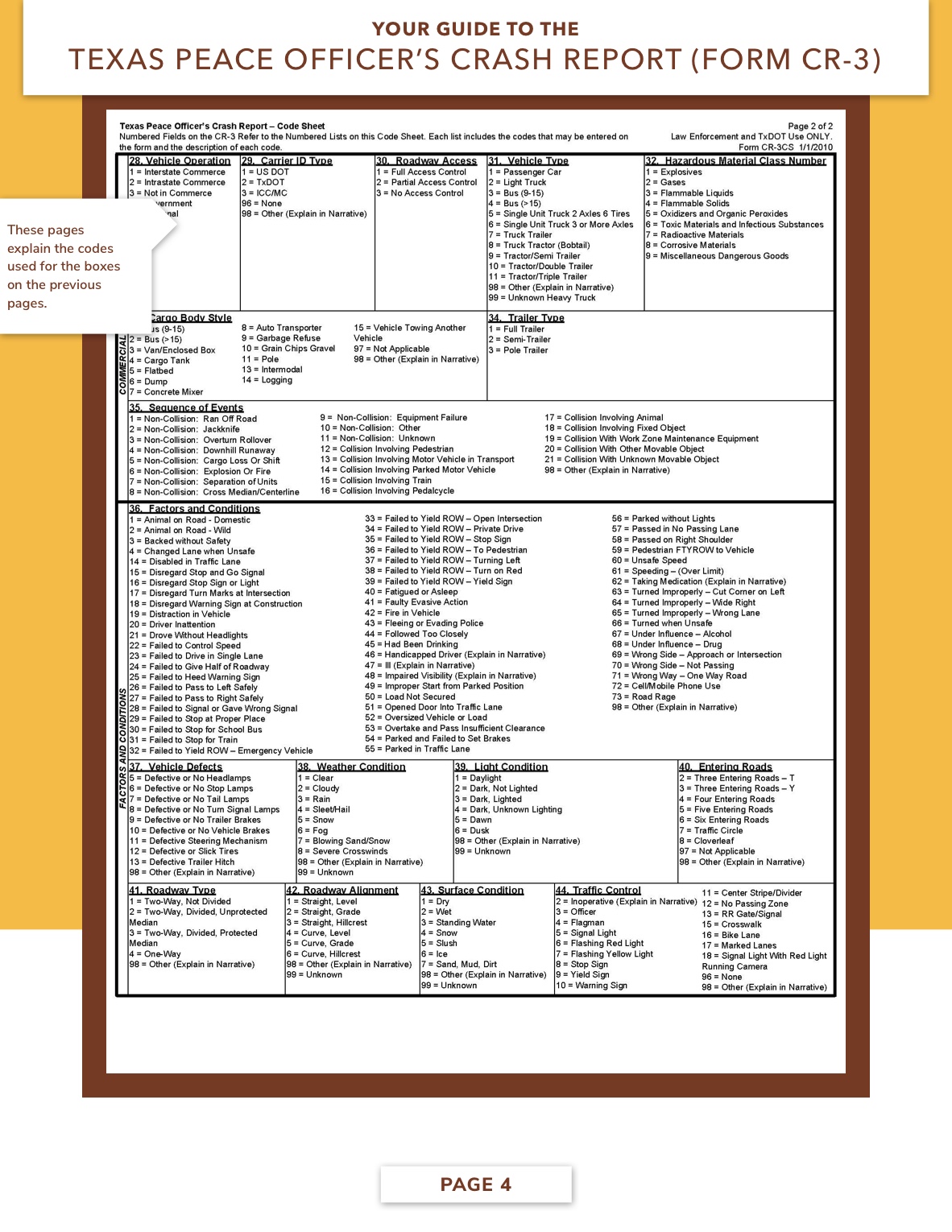 The code sheet explains the codes used on the previous pages. Pay close attention to the codes describing injury severity, restraint use, drug tests, vehicle damage, and the “factors and conditions” section, which can play a key role in establishing liability for the wreck.