Home > Blog > Asbestos a Risk for Construction Workers in Texas

Asbestos a Risk for Construction Workers in Texas 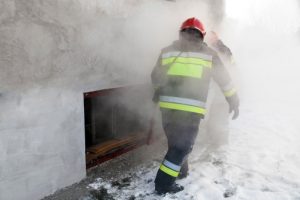 In Texas, disagreements arose recently over whether an old jail should be torn down or preserved. News reports indicated the property had negative value, in part because of its location and in part because of asbestos issues. County officials decided to table the decision temporarily until an executive session could be convened.

It remains to be seen what will happen to the jail. Ballpark estimates for teardown costs range from between $80,000 to around $120,000, although no bids have been submitted yet.

A local Assistant District Attorney claimed asbestos issues in the floors and the ceilings were complicating factors in estimating the tear-down cost, as well as a possible underground fiber optic cable which could cause additional issues.

If the structure does get torn down, it will be imperative for anyone who is assigned the contract to follow best practices for dealing with asbestos. Construction workers who are forced to go into old buildings can face substantial risks of exposure to asbestos and other hazardous substances. This exposure can be just as damaging, or in many cases more damaging than when construction accidents occur and cause acute injuries.

Demolishing or remodeling old buildings is dangerous for construction workers in lots of ways, including the potential for falls or for injuries to occur due to a building collapse. Exposure to asbestos, however, is one of the most common problems which can arise during both demolition and remodeling projects involving old buildings.

Safety News Alert reported recently on one job site where employees had been exposed to asbestos at dangerous levels. The location where construction workers were doing their job to demolish a building was described as a "worksite of horror." On the worksite, employees and contractors were sweeping up asbestos debris and were removing lead paint from the walls without any type of efforts made at safety. Wetting and vacuuming, the safe accepted procedure for asbestos removal, was not being done as the asbestos was being removed.

In total, 13 construction workers were involved in the work involving asbestos and lead. All of these workers were put at risk of serious injury, especially as they were not wearing respirators. The worksite was shut down when the dangers were discovered, but the exposure had already happened.

Unlike construction accidents where it is clear that an injury has occurred immediately, illnesses from this type of exposure to toxins can take a long time to manifest. Workers exposed on construction sites may get asbestosis, mesothelioma, lung cancer, or another serious ailment- but the illnesses may be diagnosed decades after exposure. While this can make it hard to make a workers' compensation claim, an attorney with experience can help victims to show their illnesses were caused by on-the-job toxic exposure at a construction site.