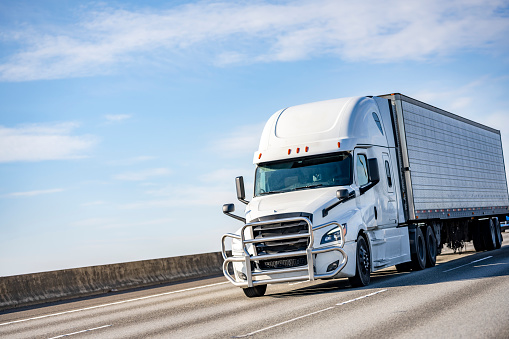 “Obviously, lights are important. They can go out at any time,” Kerri Wirachowsky, director of the Roadside Inspection Program at the Commercial Vehicle Safety Alliance, said in an interview with Transport Topics. “Some lights are critical, such as brake lights and taillights, and can cause a vehicle to be placed out of service.”

And while Wirachowsky added that some truck lights “are not” critical, many drivers realize that inoperable vehicle lamps, especially on tractor-trailers and other large commercial trucks, can be extremely dangerous and result in serious truck accidents.

These were just some of the most common truck inspection violations. Other common violations last year included:

When to hire a truck accident lawyer

If the truck that caused your accident has a history of inspection violations, you might think you don’t need a lawyer to handle your truck accident claim. State or federal officials will likely conduct an official investigation into your truck accident. But it’s important to understand that they’re only interested in determining why your accident happened. Their investigation does not focus on whether you’re fairly compensated for your losses.

The legal team at John R. Solis, Attorney at Law in Laredo can demand the money you rightfully deserve for your medical bills, vehicle repairs, lost income, and other accident expenses. Learn more about your legal options. Contact us and schedule a free consultation with an experienced Laredo truck accident lawyer you can trust. We handle accident claims throughout Texas.