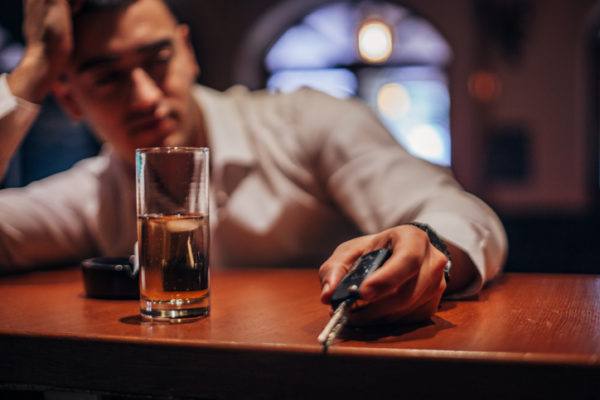 Far too many Texans are injured or die in alcohol-impaired car accidents.

Drunk driving puts the lives of everyone on the road at risk. Data published by ValuePenguin shows that drunk driving is responsible for an estimated 1 in 3 traffic deaths in the U.S. Despite the push for awareness and prevention, new studies have shown that Texas is all too familiar with this reckless driving behavior.

From 2004 to 2018, drunk driving was responsible for 39 percent of all traffic deaths in Texas, totaling 20,292 traffic fatalities. During that period, the national average was 30 percent. However, a new study shows that not too much has changed.

Although there is still much to understand why there has been an increase in drunk driving fatalities, the National Institute of Alcohol Abuse and Alcoholism (NIAAA) has come to one conclusion. Ever since the pandemic, alcoholic beverage sales have spiked. This led to increased alcohol consumption, which may explain the rise in drunk driving. However, there is still a lot to uncover.

There is never a good excuse to get behind the wheel of a car when you've been consuming alcohol. Here are just a few ways you can help prevent causing a drunk driving accident:

Can bars be held liable for drunk drivers?

In Texas, you may be eligible to pursue a dram shop claim if a business illegally served liquor to the person who caused your accident. In other words, you may have a dram shop claim if a bar, restaurant, nightclub, or another business served alcohol to the at-fault driver before the crash and that driver was "obviously intoxicated to the extent that he presented a clear danger to himself and others."

However, proving a business illegally served liquor to an individual requires evidence that most crash victims don't know how to uncover. That's why it's in your interest to let an attorney review the details of your case as soon as possible.

The best car accident attorneys can track down and secure video footage of the at-fault driver at the bar prior to the accident, interview witnesses who may have encountered the drunk driver at the business, and stitch information together to build a compelling case that the business is liable for some or all of your losses.

If you were hit by a drunk driver in Texas, you might think you don't need a car accident attorney because your case is straightforward. However, it's important to understand that any criminal charges the at-fault driver faces are separate and distinct from any civil action you take to recover your losses. In short, that means you can still recover compensation for your medical bills and other damages regardless of what happens in the at-fault driver's criminal case.

The key is to act fast, talk to a lawyer, and get a clear understanding of your legal rights and options so that you don't lose out on the compensation you're entitled to under Texas law. In Laredo and throughout the Rio Grande Valley, attorney John R. Solis proudly serves the legal needs of crash victims and can be your voice for justice. See how an experienced car accident attorney can help make you whole again. Contact us today for a free consultation with our law firm.