Home > Blog > Getting Your Medical Bills Paid After a Car Accident

Getting Your Medical Bills Paid After a Car Accident 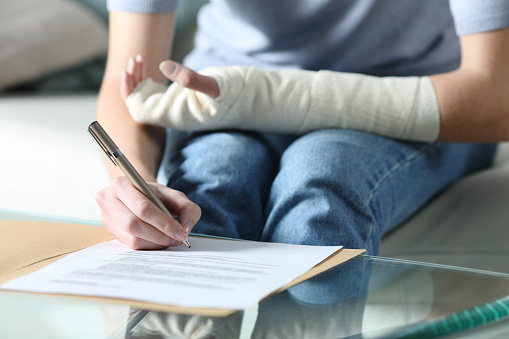 Worried about medical bills after you've been injured in a car accident? You’re not alone. Medical expenses have quickly become one of the most common reasons why people get into financial trouble, whether it’s filing for bankruptcy or not being able to pay their other bills.

In many cases, these medical expenses are associated with serious injuries sustained in car accidents. But if you were injured in a crash that wasn't your fault, who pays for your medical bills then?

Here's what you should know.

Medical debt is skyrocketing in the U.S.

In recent years, medical debt has become one of the most common reasons why people declare bankruptcy and one of the largest sources of debt for people who live in the United States. Overall, Americans owe more than $140 billion in medical debt, according to a recent study published in the Journal of the American Medical Association (JAMA). That figure is nearly twice as much as previously estimated, according to The New York Times.

All that medical debt has resulted in many filing for bankruptcy. Researchers estimate that 66.5% of people who declare bankruptcy do so due because of medical bills, according to CNBC.

Medical expenses due to motor vehicle accidents can cover a wide range. That’s because people hurt in car accidents can sustain a variety of different injuries, including traumatic brain injuries (TBIs), back injuries, and neck injuries, such as whiplash.

Some of the most common medical expenses that crash victims face include:

Every car accident is different, as are the injuries people sustain in them. Whether your medical bills equal a few thousand dollars or a lot more, the key thing to remember is that you don't want to end up paying for medical expenses from a car accident out of pocket. That's why recovering fair and full compensation for your damages (accident-related expenses) after a car accident is so critical. You only get one chance to get the compensation you're entitled to. If the cost of your treatment ends up exceeding that amount down the road, you can't go back to the insurance company and ask for more money.

Who pays for a car accident in Texas?

Texas has an at-fault insurance system, which means the at-fault driver’s insurance company is generally responsible for paying a victim's accident-related expenses. However, insurance companies are profit-driven and will often do everything they can to avoid paying medical bills, vehicle repairs, replacement income, and other compensable damages.

Attorney John Solis knows how to handle complex legal cases. Our law firm has been fighting for the rights of injury victims in Laredo and throughout South Texas for years. When you have our legal team on your side, you can focus on healing while we fight for the money you rightfully deserve. Learn more about how we can help after your car accident. Contact us today to schedule a free case evaluation.