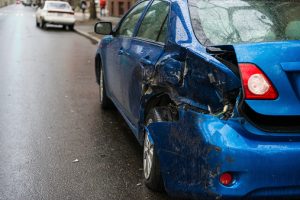 According to AAA, hit-and-run collisions have led to a record number of traffic deaths nationwide, and Texas is one of the deadliest states in the nation.

AAA reports a hit-and-run crash now occurs every minute on U.S. roads. Nearly 700,000 of these crashes were reported last year - and nearly two-thirds of those killed were bicyclists or pedestrians. Valley Central reports Texas hit-and-run accident deaths have increased more than 30 percent in the last few years.

Laredo car accident lawyers know these can be among the most difficult traffic accident cases. Too often, a cyclist or pedestrian is run down and left without care. Families are left not knowing whether prompt medical care could have saved a loved one's life. Having no one to blame leaves no focus for the anger, and no direct means of seeking a financial recovery.

In some cases, victims never pursue a claim because the at-fault driver is never identified. However, seeking the advice of an experienced Texas wrongful death lawyer can result in a viable claim, often against a victim's own auto insurance policy. It can also help to establish and preserve your claim in the event the at-fault driver is identified and arrested - which frequently happens days, weeks or even months after a collision.

Texas has criminal penalties for leaving the scene of a traffic collision. But, while a criminal conviction can be used as proof of negligence, victims must pursue economic damages through civil court.

Texas Department of Insurance outlines auto insurance requirements. Minimum requirements are $30,000 per person/$60,000 per accident. Unfortunately, Texas law does not require uninsured motorist (UM) or underinsured motorist coverage (UIM). However, motorists who don't want this coverage must opt out in writing, so many carry it on their policies.

This is some of the most valuable coverage you can have on your policy. It is carried on the policy in like amounts to your liability coverage ($30,000/$60,000 or higher). UM/UIM insurance is fairly inexpensive, and we strongly recommend making sure you have enough.

While your primary coverage is meant to protect other motorists in the event that you cause a collision, UM/UIM coverage is meant to protect you.  It pays when another motorist lacks insurance (and a driver who is never identified is considered uninsured by default). It also pays when an at-fault motorist lacks enough insurance to compensate you for your losses. Because the state minimum in Texas is $30,000/$60,000 coverage, even those who carry insurance may not have enough coverage to compensate victims who are seriously or fatally injured in a collision.

UM/UIM benefits don't just protect you when you're behind the wheel of a car - the insurance "follows you around." That means you can also make a UM/UIM claim against your auto insurance when you are injured as a pedestrian, a cyclist, or a passenger in someone else's car.

A Laredo law firm experienced in personal injury and wrongful death litigation should be contacted after any hit-and-run collision. While these claims proceed against a victim's own insurance company, the insurer will treat them no differently than any other claimant. There is no practical difference between pursuing a claim against your own insurance company or the insurance company of an at-fault driver - either way, they're looking to protect their bottom line. Experienced legal help will always offer the best chance of recovery.