Laredo Lawyer on Recent Hyundai and Kia Recalls Due to Fires 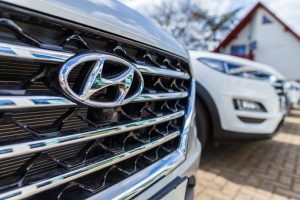 When something suddenly goes wrong with a car, in most cases, it turns out to be nothing more than a nuisance. Having to get your car towed and repaired by a mechanic is often solved with out-of-pocket expenses.

In some cases, a car’s mechanical failures can be catastrophic and even fatal. When manufacturing flaws pose a danger to the public, car companies are required to issue recalls of the impacted car’s make and model. Once car owners receive recall notices, they may have the defect repaired at a nearby dealership at no cost.

Millions of Hyundais and Kias recalled due to engine defect

After 3,125 reports of fires and more than 100 injuries have been reported, the National Highway Traffic Safety Administration began investigating five Hyundai and models, as well as those of its affiliate Kia. The investigation involved nearly three million defective cars, following a petition from the consumer advocacy group Center for Auto Safety.

NHTSA documents confirmed that none of the fires reported were caused by collisions. This points to mechanical defects already present in the cars.

Further research conducted by the Highway Loss Data Institute (HLDI) indicates that the non-collision fire risk in certain makes and models may be attributed to flaws in the 2-liter and 2.4-liter “Theta II” engines.

Since 2015, Hyundai and Kia have recalled more than 2.3 million cars. Roughly 500,000 of those were recalled this past February, according to the Associated Press.

Both companies are fully cooperating with the investigations.

What you can do to prevent a car accident

If you own one of the makes and models mentioned above, it’s crucial that you contact your car dealership as soon as possible. If you're unsure whether your car has an open recall, you can find out by entering your 17-character vehicle identification number (VIN) at the NHTSA website. You may find your VIN number on the lower left side of your car’s windshield, on your car’s registration card, or on your insurance card.

In this case, you would be eligible to recover damages from the car manufacturer, parts manufacturer, or distributor. It’s best to consult with an experienced Laredo car accident attorney as soon as possible to get started.