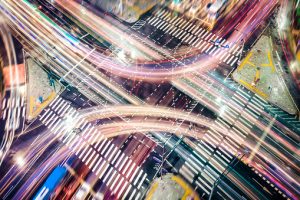 Many Laredo car accidents are T-bone crashes, as two cars collide in a "T" shaped pattern with one vehicle hitting the side of another. T-bone crashes cause around 10,000 fatalities annually and are more likely to be fatal than other collisions.  Traumatic brain injury and serious pediatric injuries are also more likely in T-bone accidents.

While T-bone crashes are especially common at intersections, all intersection crashes can be dangerous. Drivers must take precautions to avoid these collisions when they approach areas where roadways cross.

National Highway Traffic Safety Administration indicates 96 percent of all intersection accidents are attributed to critical errors made by motorists. Only three percent of intersection crashes had the environment as the critical cause of the crash.

Top errors which drivers made included:

To reduce crash risks, drivers need to drive defensively, watch other drivers instead of assuming their behavior, and ensure they enter intersections only after they have checked to make sure they can clear the intersection before being struck by another car.

Intersection are the site of 40 percent of all crashes in the U.S., so it is a smart choice for motorists to take extra precautions when going through intersections.