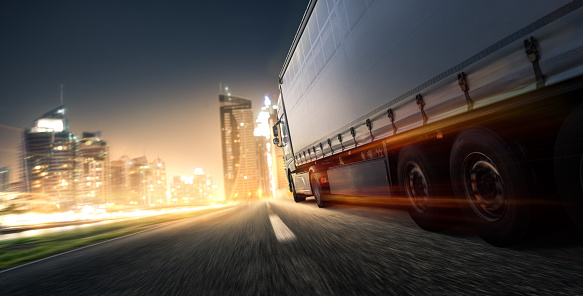 A truck accident lawyer in Laredo, TX explains how this impacts everyone's safety

Commercial truck drivers use cocaine more than marijuana, according to a recent study, which contradicts earlier findings of drug use among truck drivers with a commercial driver’s license (CDL).

Kidd spoke with Freight Waves, a trucking industry website, about the recent study conducted by the University of Central Arkansas (UCA). Based on the UCA study, some public safety advocates said they believe changes should be made to drug testing procedures in order to prevent truck accidents caused by impaired truck drivers.

“Driving a tractor-trailer while under the influence is a lethal combination, and we must keep these drivers out of trucks until they complete rehabilitation and return to duty,” Kidd said during the same interview with Freight Waves.

Understanding cocaine use among truck drivers

Earlier studies about drug use among truck drivers with a commercial driver’s license (CDL) found that marijuana use was higher than other illegal drug use. The Drug and Alcohol Clearinghouse based this finding in 2020 on drug test results compiled by the Federal Motor Carrier Safety Administration (FMCSA).

However, the recent UCA study found that cocaine use, not marijuana, was actually significantly higher among commercial truck drivers. UCA researchers based their findings on pre-employment hair drug test results instead of urine drug test results.

The U.S. Department of Transportation (DOT) “is seriously underreporting the actual use of harder drugs by truck drivers, such as cocaine and illegal opioids,” Doug Voss, a UCA professor of logistics and supply chain management who conducted the recent study, said in an interview with Freight Waves.

How often do impaired truck drivers cause accidents?

More than half – 56 percent – of all motor vehicle accidents involving a fatality or serious injury occur due to a driver under the influence of at least one drug, according to drug-impaired driving statistics compiled by the National Highway Traffic Safety Association (NHTSA).

And every 31 seconds, someone is arrested nationwide for driving under the influence of alcohol or another drug, including cocaine and marijuana, according to the Centers for Disease Control and Prevention (CDC). That’s more than one million drivers every year.

In light of such statistics, it’s critical that commercial trucking companies regularly test drivers to make sure they’re not under the influence of drugs while operating a tractor-trailer or another large commercial truck.

If a truck driver tests positive (or refuses to take a test) for cocaine or another controlled substance, the driver will have their CDL revoked and “be immediately removed from operating any CMV (commercial motor vehicle) on public roadways,” according to the FMCSA.

In order to get their CDL back and legally operate a commercial truck again, a truck driver who tests positive for a controlled substance must then undergo a rigorous “return to duty” process. This process also includes regular, follow-up drug tests.

We know how to beat the trucking companies

You might think you don’t need a truck accident attorney if a trucker under the influence of cocaine or another drug injured you in an accident. But many times, truck accident lawsuits turn into complicated legal cases.

That's because claims involving semi-trucks and other large commercial vehicles are usually high stakes. Trucking companies and insurance companies know this, which is why they have teams of attorneys ready and waiting to protect their interests. With our law firm on your side, you can level the playing field and make it a fair fight.

If you were injured or a loved one died in a truck accident, you have the right to seek compensation for your losses, but you shouldn't go through the process alone. Get John R. Solis, Attorney at Law on your side, and get the justice you deserve.

To find out how we can help you, contact us today for a free and confidential case evaluation with an experienced Laredo truck accident lawyer.