Study Takes a Closer Look at Sources of Driver Distraction 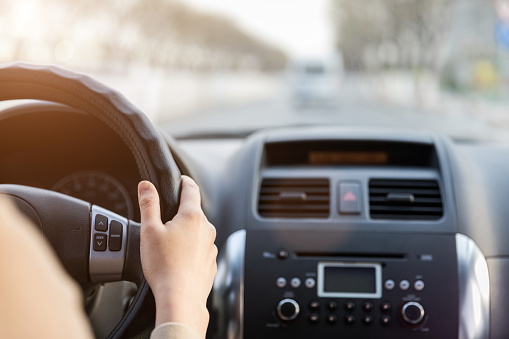 Safe driving requires the full attention of the driver. When drivers take their eyes off the road, even if for only a few seconds, a lot can happen. A car can come to a sudden stop or make a quick turn. A pedestrian can walk into the street. The result is often a car accident that can leave people seriously injured.

Researchers Ou Stella Liang and Christopher Yang of Drexel University conducted a study to find some of the biggest distractions among drivers. They examined data from the Strategic Highway Research Program Naturalistic Driving Study. That study looked at the driving habits of six groups of drivers across three age groups over 50 million miles of driving in six states, using cameras, sensors and radar.

Their findings were surprising.

The biggest source of distraction for all age groups and genders were “in-cabin objects.” These included moving objects in the car, pets, insects, reaching for objects or dropping objects.

Next was mobile phones – a major distraction especially for older male drivers.

Coming close behind were in-vehicle information systems – most notably a distraction for teen males and older women.

The next largest source of distraction was external scenes – looking out the window at crashes, pedestrians, animals or construction, for example.

A more recent study found that in-vehicle information systems may be an even bigger distraction now, especially those that use large touchscreen displays, and particularly among older drivers.

“While much attention has focused on assessing the danger of using cell phones, our research identifies detrimental distraction types previously understudied,” the authors of the study wrote.

“Distractions by external scenes, in-vehicle technologies, and in-cabin objects should not be overlooked, in addition to mobile device use.”

Distracted drivers put everyone else on the road at risk. When they cause a collision, people can be left with serious injuries that may require surgery, hospitalization, medication, physical therapy and multiple follow-up appointments. Medical expenses add up quickly and victims often can’t pay them, especially if they are left unable to work.

Insurance companies are supposed to help. But negligent drivers often deny they were distracted. Insurance companies may question the seriousness of a crash victim’s injuries. They may make a lowball settlement offer, hoping the victim will simply accept it so they can save money.

If you were hurt by a distracted driver in Laredo, attorney John R. Solis thinks you deserve better. He knows how to build strong cases that hold negligent drivers accountable.

Our legal team investigates to get the facts. Attorney Solis knows where to look for evidence that a driver was distracted, such as cell phone records and video from traffic cameras. He carefully reviews accident reports and medical records and interviews witnesses. If needed, he consults accident reconstruction experts.

He also determines the total amount of damages you suffered and demands compensation. This includes compensation for all current and future medical expenses, lost wages if you couldn’t work and other damages such as pain and suffering. Talk to a lawyer who is ready to fight for your rights. Contact attorney John R. Solis to schedule a free consultation.