Home > Blog > Survey: Most drivers underestimate the dangers of speeding

Survey: Most drivers underestimate the dangers of speeding 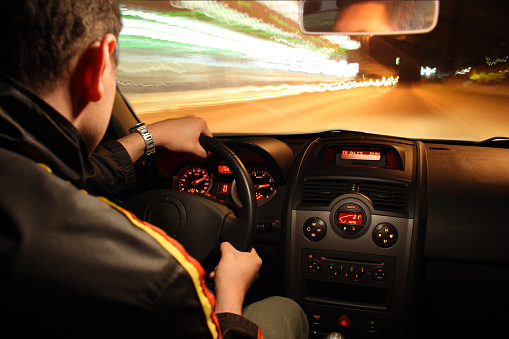 Most drivers drastically underestimate the dangers of speeding.

About 9 out of 10 adult drivers admitted to speeding - even though 82% said they knew it was dangerous, according to a new survey by The Zebra.

When asked to rank the danger imposed by bad driving habits, motorists said that speeding is less hazardous than people driving under the influence of alcohol or drugs, distracted driving, or road rage.

In reality, speeding leads to more fatal car accidents than DUI, road rage, and distracted driving, the survey reported. Speeding was an underlying factor in more than 9,300 deaths in 2018, according to the most recent information available from the U.S. Department of Transportation.

Of those deaths, 990 occurred in Texas.

Speeding is a form of aggressive driving and is an avoidable contributor to car wrecks.

This breakdown among drivers between roadway perception and reality contributes to thousands of serious speeding-involved accidents each year, including those with trucks, motorcycles, and pedestrians.

Even though speeding was involved in 26% of all fatal motor vehicle accidents in 2018, drivers don’t seem to consider it much of a threat. Only 16% of survey respondents said that when they don’t speed, it’s because they’re concerned for their safety.

Most drivers also seem to be indifferent about the financial consequences of speeding.

There is never a good time to speed

The perception of many drivers that there are times when it is okay to speed was also revealed by the survey.

About 40% of drivers said that speeding is acceptable if there isn’t much traffic. But the majority of fatal crashes (52%) involved a single-car crashing into an object. Fatal crashes involved another car about 39% of the time.

Our law firm knows how to hold negligent drivers accountable

For victims of speeding and other crashes involving a negligent driver, recovery can be physically, emotionally, and financially painful. It can also be bewildering; most people don’t spend much time in their daily lives digging through technical Texas laws and going back and forth with insurance companies.

But attorney John R. Solis does.

John has been fighting for the rights of crash victims in the Laredo area for nearly 20 years. To win cases, John uses his in-depth knowledge of and connection to the area to the benefit of his clients. Whether it’s understanding the curve of a major roadway artery or the tactics of a regional insurance company, John approaches his cases with firsthand, steadfast knowledge.

Following a bad car accident, you shouldn't have to pay for expenses you did not create. These costs - known as damages - can include your current and future medical bills, lost wages, loss of future earnings, long-term medical treatment, and your pain and suffering. Failure to negotiate a large enough settlement from an insurance company may result in you having to pay out of pocket for your accident-related expenses down the road.

John has handled thousands of cases successfully involving negligent drivers and has obtained numerous settlements for clients in Southern Texas, including parts of the Rio Grande Valley and the San Antonio metro area. He is also fluent in Spanish.

If you or a loved one was injured in an auto accident caused by a speeding driver, it’s important to know and protect your legal rights as soon as possible. Contact us today for a free, no-obligation case consultation. We would be honored to speak with you about your potential legal case.