In Texas, Pedestrians & Bicyclists Account For 1 In 5 Traffic Deaths 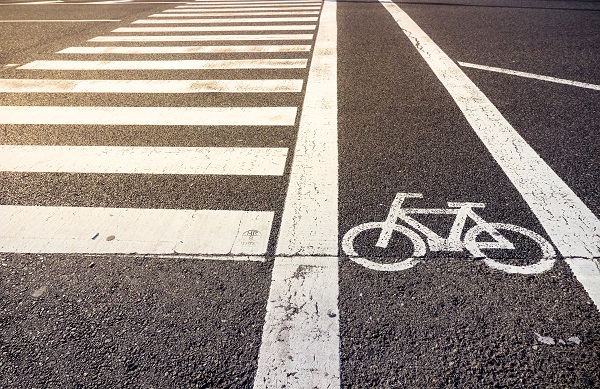 Nearly one in five motor vehicle accident deaths in Texas involves a pedestrian or cyclist despite ongoing efforts statewide to reduce such accidents, according to the Texas Department of Transportation (TxDOT).

"Year after year, we're seeing fatalities from traffic crashes involving pedestrians and bicyclists climb," TxDOT Executive Director Marc Williams said in a recent statement. "Each of us has a shared responsibility to help reverse this trend. Whether you're behind the wheel, on foot, or riding a bicycle, we're asking all Texans to be safe and smart, and that starts with obeying traffic laws."

If you or someone you care about was hit by a car on foot or while riding a bicycle, it's important to know your legal rights. Contact John R. Solis today to learn how an experienced Laredo pedestrian accident attorney can help you.

Pedestrian and bicycle accidents are on the rise in Texas

Motor vehicle accident fatalities involving pedestrians and bicyclists in Texas continue to set new record highs every year. After reaching a decade-high death toll in 2020, the number of people who died in pedestrian-related accidents in Texas climbed to a record 841 deaths in 2021, an increase of 15 percent compared to 2020, according to TxDOT.

Negligence is a common cause

Accidents involving pedestrians or cyclists often occur because the at-fault driver was reckless or negligent. Examples of driver negligence include:

These are just some reasons why many accidents involving pedestrians or cyclists occur in Texas. However, each accident is different and deserves a thorough, in-depth investigation to get to the bottom of what happened and hold those responsible accountable for their actions.

What can be done to prevent pedestrian accidents?

The Texas Department of Transportation has many suggestions for preventing accidents involving pedestrians or cyclists. Such safety tips include:

Injured in a Laredo, TX, accident? Get justice with John.

Even if a driver clearly caused your bicycle or pedestrian accident, don't simply assume that you will be fairly compensated for your injury-related expenses.

In many cases, negligent drivers deny doing anything wrong. That's because they know there's often a lot at stake. And worst of all, the insurance company will often take the at-fault driver's side and try to reduce or deny your claim.

That's not fair. That's why we want to help. When you have our legal team on your side, you can demand the money you rightfully deserve. Then, instead of insurance companies deciding what happens next, you set the agenda.

Learn more about your legal rights. Contact us and schedule a free case evaluation. We have years of experience handling complex injury claims and lawsuits throughout Texas.