Home > Blog > Traffic Fatalities Are Down, Drunk Driving Is Still A Problem

Traffic Fatalities Are Down, Drunk Driving Is Still A Problem 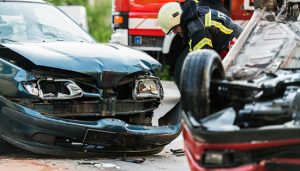 The year 2017 was not a good one for drivers in Texas. Traffic accidents resulted in a record 3,720 fatalities, but 2018 saw that number decrease by four percent, with 3,567 lives lost. While this is certainly a positive trend, four percent over the course of a year is only a meager decline.

Despite the decrease in traffic accident fatalities, and the increased awareness of the dangers of impaired driving, alcohol use while driving remains a problem in Texas. Mark Hanna is a spokesman for the Insurance Council of Texas (ICT). He and his colleagues have recently released a report detailing the most prevalent causes of car accidents.

“Driving under the influence of alcohol and speeding continue to be the leading causes of fatal traffic crashes,” he said. “Together, both of these factors make for a deadly combination.”

Drunk driving accidents have decreased by as much as 33 percent in the last three decades, but, 2/3rds of a very high number is still a lot. Studies have also found a strong correlation between drunk driving and speeding. Those who are reckless enough to get behind the wheel after a few drinks were also far more likely to drive too fast. The combination of alcohol and unsafe driving speeds has led to far too many accidents across the Lone Star State.

Injured in a crash? An attorney will handle your legal troubles

If you or a loved one were injured in an accident, contact attorney John R. Solis. In the aftermath of an accident, you may feel overwhelmed. There is so much to now figure out. Between doctor bills, insurance companies giving you the runaround, and learning to navigate the world with a wide range of new injuries, it may just feel like too much. You don’t have to go through it alone.

Contact us today. We will handle everything -- the insurance companies, the legal battles -- we will take it all on so you can focus on what is most important - getting your life back.