Home > Blog > What are the Risks for Laredo Motorists if Truck Cargo Isn't Loaded Safely?

What are the Risks for Laredo Motorists if Truck Cargo Isn't Loaded Safely? 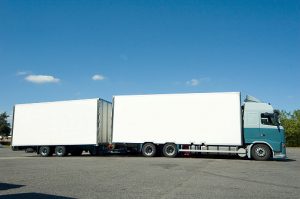 If you are driving or walking and are sharing the road with a truck, you might assume that the truck has loaded its cargo safely and followed federal rules for securing the cargo. If the trucker failed to obey the regulations designed to keep motorists safe from crashes caused by cargo problems, you face a significantly increased risk of injury.

If you do get hurt because of a problem with a truck's cargo, you have legal rights. Since there are many rules and regulations set forth by the Federal Motor Carrier Safety Administration (FCMSA) when it comes to safety issues associated with truck cargo, you can often prove negligence easily in cases where a crash was caused by truck loading problems.

This means that with help from an experienced attorney as you make a claim for damages, you should be able to get compensation for your losses caused by the truck crash.

If truck cargo is not loaded safely, motorists could be at risk because:

Because of the serious risks associated with truck cargo problems, Trucking Info indicates that cargo issues are a leading cause of truck accidents. Anyone who falls victim to an accident caused by a problem with overloaded truck cargo should consult with an attorney to pursue legal action against the trucker. It may also be appropriate to pursue a case against the trucking company who had the responsibility of making sure the cargo was securely loaded.