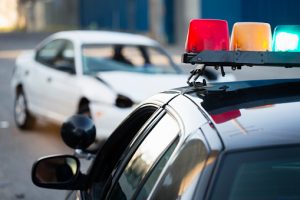 Traveling on Thanksgiving is a tradition for many. In fact, AAA estimates around 43.4 million Americans traveled at least 50 miles for the Thanksgiving holiday weekend in 2013. In 2012, even more people- around 44 million- traveled 50 miles or more.

A personal injury lawyer knows when there are more motorists on the road, there is an added risk that motor vehicle collisions will occur. Unfortunately, there are a lot of different factors that can also exacerbate the risk of a driver becoming involved in a Thanksgiving collision. Drivers need to be aware that Thanksgiving is a really dangerous time to be on the roads. Motorists should make sure they are taking precautions to avoid getting hurt or killed in a crash.

Between 2006 and 2011, a total of 15 percent of all of the motor vehicle accident fatalities over the entire course of the month of November occurred during the Thanksgiving holiday weekend. The highest number of motor vehicle accident fatalities during Thanksgiving happened in 2006, when a total of 623 people were killed. In 2012, the National Highway Traffic Safety Administration reported there were 416 deaths. Estimates also suggest that another 46,000 people were injured in traffic collisions over Thanksgiving.

The high number of travelers on the road is one reason why so many deaths occur over the holiday weekend. However, there is also a problem in that many people go out to celebrate or have a few drinks with their dinner. This leads to more people driving while impaired, resulting in an increased risk of collisions. The NHTSA estimates around 42 percent of fatal crashes on Thanksgiving weekend involve drivers who have a blood-alcohol concentration at or above the limit of .08 percent.

Drivers should follow some basic safety precautions to try to avoid getting hurt in a Thanksgiving weekend crash. The NTHSA advises making sure to stay sober and never getting into the car with an intoxicated person. Also, always wear a seat belt when in a car as a driver or passenger. Additionally, make sure children are properly secured in car seats that are appropriate for their age and size. Drivers should also avoid using cell phones or other electronic devices while operating a vehicle. That includes GPS. Leave the navigation to the passenger, or pull over if you need to reprogram the device for directions. Finally, give yourself ample time in order to arrive at your destination so you do not feel the need to speed.